BillD's corner of the Universe

I decided to up the stakes and I purchased a second hand QSI 583wsg mono camera with a full set of Astrodon RGB and Narrowband filters.

I have only ever used one shot colour cameras in the past. Either a Canon 40D or the QHY8 cooled camera. The QSI is my first mono camera.

I have only spent a couple of nights using the camera but what amazed me about using the Ha filter is that even though the Hydrogen Alpha filter captures a much narrower portion of the red band (hence the narrowband name), for the same amount of time it revealed much more nebula data.  Below are two images; both are a single 5 minute exposure on the same night. The first is with the Astrodon red filter, the second is with the Astrodon 6mm Ha filter.  Although the HA reveals less stars it shows a lot more of the nebula.

If you click on either of the images below, they will be displayed in a pop-up that will allow you to toggle between the two images for comparison. It really does highlight the difference the HA filter can make 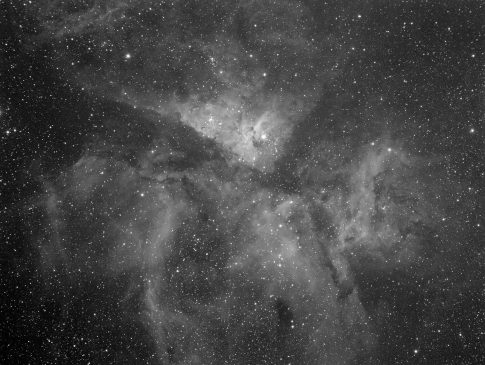 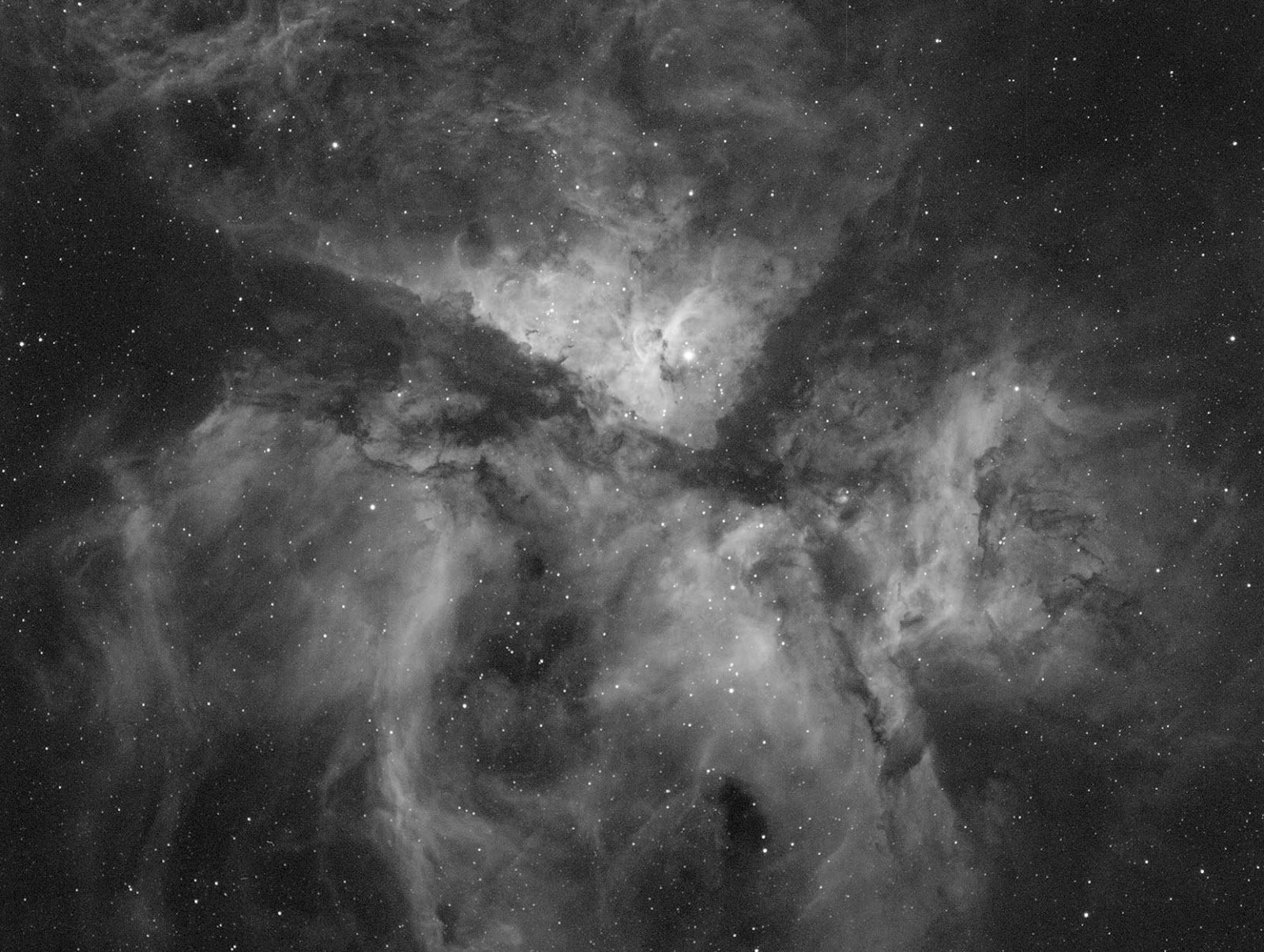 I have also included a spectrum from the Astrodon Site to show where the H-Alpha filter sits compared to the standard Red filter.

In the red section of the image below you will see the difference between a red filter and a narrow band HA filter. It also shows other narrow band filters (oygen and sodium) that are typically used in astrophotography to give what is often referred to as the hubble pallette.